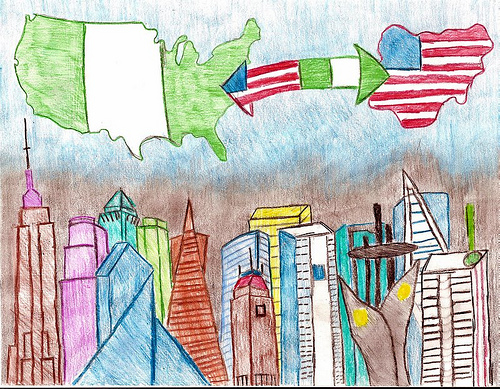 Sometimes it’s good to just sit back and listen.

A few Sundays ago, as I sat nestled into the back of my parents’ car, I was able to do just that. I’m sure many people with African parents can attest to the fact that listening to them politicise about issues ‘back home’ is pretty staple diet. On this particular occasion however, something was different. My ears perked up.

Usually my Mum would take the calm measured approach while my Dad would state at length what he felt was stunting Nigeria’s growth and progress. Mum would offer her approval at regular intervals with familiar lines like “It’s true” “Ehn hen”, nodding intently.

On this occasion she seemed fired up and was really onto something. My brother and I exchanged awkward glances, as If to say, “what’s gotten into Mum?!” Our parents began to engage in an intellectual debate about Nigeria.

As the debate ensued, what struck me was how passionate and eloquently my Mum dissected the current malaise in Nigeria. She noted the false sense of entitlement many in the country have. She alluded to the general feeling that contracts with people in high places rather than enduring values like hard work were more effective, resulting in a morally reprehensive culture. She said that for the sake of the children today and future generations, Nigerians would have to make decided sacrifices.

Here was an intelligent and clearly passionate Nigerian who felt somewhat hopeless where her county was concerned.

It suddenly dawned on me that all these years Mum had been quiet while Dad took the lead in family gatherings, discussing Nigeria – it wasn’t because she was settled into her legal career in the UK and couldn’t care less what happened back home. No, not at all: It was something else.

It was a clear, justifiable, rational disconnect with a system which has betrayed its children. The continued failure of successive governments is a complete shame and embarrassment to Nigeria.

Consequently, this has led to the loss of able, forward thinking, credible and hardworking human capital. For example, in 2010 there were a reported 260,000 Nigerians in the USA, a mere 0.7 percent of the black American population. Yet in 2013, 20-25% of Harvard Business School’s 120 graduates were Nigerian. In the USA, Nigerians have also dominated in Banking, Medicine and Law professions and are often being represented in the top level of most of these professions. (Triple Package, 2013) 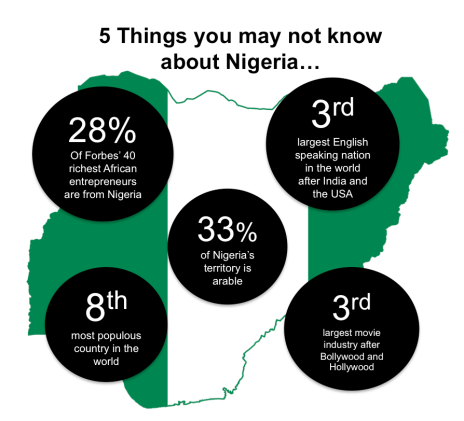 Just how many more able and intelligent Nigerians around the world have left the country, purely on the grounds of dissatisfaction? It’s a scary thought.

We mustn’t hide from the fact that a broken system is being plundered and exploited by a select minority. The recent 6 week postponement of national elections (originally planned for the 14th of February) is another indictment of the organisation from top down.

It’s hard to escape from the fact that Nigeria is losing its best minds at an alarming rate. Imagine for a second a rich man or woman with holes in their pockets. No matter how much they gather, until that hole is sewn up or altogether replaced, valuable items will continue to be displaced.

So what can we do? I’m calling for an evolution in thinking. An ethos where unity is prerequisite and diligence is paramount. Nigerians worldwide ought to engage their minds in whatever their hands find to do, with distinguish. Let’s utilise our talents and gifts to shape whatever society we find ourselves in. Become the change you want to see back home. That way, once the opportunity arrives, you will be better placed to make a lasting difference.

One Reply to “Kenny: Nigeria – The Great ‘Intellectual’ Diaspora?‏”