It was on a Sunday that nine year old Trevor Noah was hurled from a moving car by his own mother. This particular holy day started as they usually did, with Noah attempting but failing to persuade his mother that God’s will was for them to stay home. Nothing would dissuade her. His mother being deeply religious, usually dragged a kicking and screaming Noah to morning, afternoon and evening services across various churches in Johannesburg and Soweto. They were going to get to church, even if it meant walking or hitchhiking with strangers. A choice, which would lead to her attempted rape and the attempted murder of her son Noah by tribalists in post apartheid South Africa. To save his life, she chose to throw him out of a moving vehicle instead.

This memory is part of a collection of horror stories from Trevor’s childhood laid bare in his book, Born a Crime (2016). He was born and raised in 1984 South Africa to a black Xhosa mother and white Swiss German father. At the time, the apartheid made it illegal for different races to copulate – meaning he was born quite literally as evidence of a crime.

He spent most of his childhood being hidden by his family for fear he might be taken, or his mother be thrown in jail for up to 4 years. Stories like these do not often end up with the protagonist becoming a world class comedian but at only age 32, Noah’s genius has catapulted him unto the world stage as an award winning talk show host, stand up comedian and the #1 New York Times bestselling author. He is known for his quick wit and sharp delivery of jokes that make you stop and seriously question the status quo. His determination is no joke and his motivation is to change the world one comedy tour at a time. 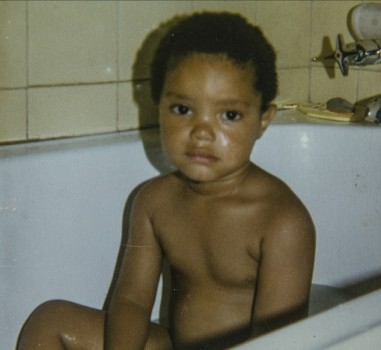 He tripped and fell into comedy by accident, when a friend forced him to perform on stage at a nightclub club they were visiting. At the time, he was hardly known. He had been an extra on Isidingo, a South African soap opera and was hosting his own radio show from 3am – 6am, Saturday and Sunday. According to Noah, he had three listeners and knew all their names! 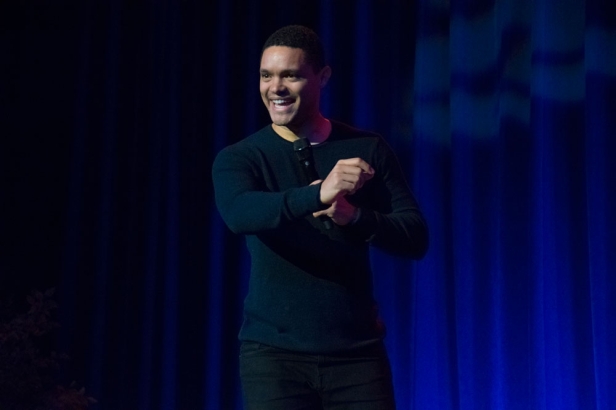 Just a few years later on leaving South Africa for the US in 2011, he had already become an accomplished comedian and TV personality. With a track record that involved performances spanning South Africa – the Blacks Only Comedy Show, Heavyweight Comedy Jam, Cape Town International Comedy Festival, and the Jozi Comedy Festival, nothing could stop him.

In only two years of performing comedy he was already a major heavyweight in an industry that was fairly new to South Africa. He pushed boundaries and rewrote the rules in 2009 when he decided to take on a challenge few South African comedians dared attempt and perform his own one man show, Daywalker (2009). It was a mammoth ambition, the largest debut show ever attempted by a South African comedian.

“It’s not recommended,” says Takunda Bimha, talent manager “For a comedian to chance a one man show at this stage of their career.” Noah and his team were dithering on the edge of either greatness or acute failure. It was not only that he was attempting to take on something other comedians hadn’t dared do, it was that he was taking on something other white comedians didn’t dare do – a one man show with only two years experience in the bag.

Against the odds, Noah’s one man show sold out. Since that show, Daywalker (2009), he has had several one man shows and released multiple comedy specials including Crazy Normal (2011), That’s Racist (2012), and most recently Afraid of the Dark (2017) which premiered on Netflix 21st February 2017.

On arriving in the US in 2011, Noah’s career catapulted. He was the first South African comedian to appear on The Tonight Show with Jay Leno and on The Late Show with David Letterman, leaving Letterman in fits with gags that made a severe commentary on modern life. He also appeared as a guest on BBC Two’s QI in 2013 and Channel 4’s 8 Out of 10 Cats in 2014. That same year, he became a regular contributor on Comedy Central’s The Daily Show. By the following year, his life became every comedian’s dream when he was hand picked by Jon Stewart to be his successor as host of Comedy Central’s The Daily Show. Thus, his rise to the summit of American late night comedy was complete.

It’s Only The Beginning.

Noah is in his element and the network’s decision to bring in someone “fresh and different” has paid off with millions tuning in every night to hear his wisecracks against the Trump administration and his hilarious whittling of all things modern life.

Kent Attman, president of content development and original programming at Comedy Central praised Noah as a “quick study in American Politics” and for the last two years, he’s really held his own. Developing a voice distinct from his predecessor Jon Stewart, The Daily Show with Trevor Noah saw it’s most watched week since 2015, averaging 1.05 million viewers per episode.

He’s been interviewed by Ellen DeGeneres, Jimmy Kimmel, Jerry Seinfeld, Seth Meyers, Stephen Colbert and many others on the late night comedy circuit. Best of all, has to be his appearance on The View, where Whoopi Goldberg couldn’t contain her excitement and enthusiasm for his comedy and creativity. Just this month, Noah won ‘Best Host’ at the MTV Movie & TV Awards. It’s obvious Noah’s domination has only just begun.

To keep up with more of Trevor Noah, click Here.