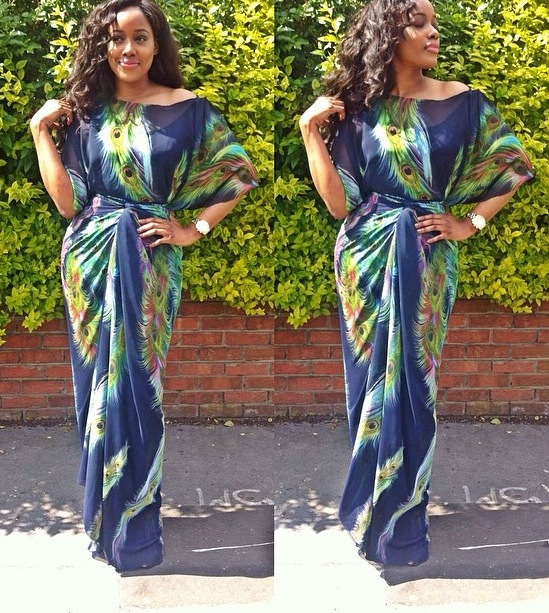 You know what; I do have the best parents in the world. When I was very young, I wanted to be a doctor. It had always been my dream, even though I hated the blood the needles drew. However, by age 3 or 4, I knew I wanted to draw and I think my parents also sensed that as I grew up. I would draw ever so often, which allowed my creativity to grow.

We had so much fun when we sat down with 23-year old upcoming fashion designer Geriee Berry, so much so that we decided to do a part 1 and 2! Having recently graduated at Southampton, Geriee utilizes her time in growing her bespoke fashion design company, Berry Haute. A cursory glance at her instagram page reveals over 15k followers (potential customers), which comes as no shock to us as her pieces are simply outstanding! Here’s what she had to say:

How would you define your personal sense of style and the style your designs embody?

G: Quite simple and straight to the point. I grew out of wearing jewelry some time ago (who grows out of wearing jewelry? we ask) *laughs, When I do accessorize, it’s usually just a watch, nothing fancy. I love pairing up trousers or jeans, with heels. You can jazz up any outfit with heels and good hair. I see people who go all out, sometimes I just think ‘Wow!’ I’m always inspired by people who take risks with fashion. I’m quite a simple person though and most of my outfits are quite modest.

G: I really started working for myself this year on full-time basis. I worked part-time at John Lewis so whilst I was doing that, I was also trying to balance sewing for customers part-time. As you already know, that didn’t work!  Before I knew it, I was receiving so many orders that I just couldn’t afford to keep up my part-time position at John Lewis. My contract was coming to an end, and I had always wanted to work for myself. It seemed like the right time, and I’m very grateful that it happened so organically. I can’t tell you the date, it just happened and I’m thankful that it worked out this way!

How much did working for someone else impact your decision to go solo?

G: Hmm – Well, during the time I worked at John Lewis, I interacted with colleagues who had similar ambitions that kept me motivated and kept me going. Sometimes we forget to support others who also aim high, and this is why it is hard for me to be envious of anyone. I see being with like-minded people as a way to motivate myself.

I do however have a fun confession to make – I used to get in trouble for drawing designs in the changing rooms. We had to hide it so I wouldn’t get in trouble with manager. People would tell me, ‘Wow! You’re so good!’  I just knew I didn’t want to work for anyone else. I kept a job for some stability, and that was before massive orders started coming in. It’s worked out.

How supportive have your parents been?

G: This sounds cringey (embarrassing). You know what; I do have the best parents in the world. When I was very young, I wanted to be a doctor. It had always been my dream, even though I hated the blood the needles drew. However, by age 3 or 4, I knew I wanted to draw and I think my parents also sensed that as I grew up. I would draw ever so often, which allowed my creativity to grow.

Their advice and what they said to me was to ‘Follow your calling’. I admire them so much. Sometimes I think parents would rather the idea of a stable job for their child, however if you know your child and trust in their abilities and talents, you would not tell them to do anything else but be supportive; they won’t succeed if you’ve forced them otherwise. I am blessed to also have parents that have never forced me to do anything I don’t want to do.

I’d like to throw in that my dad was lucky enough to show Adebayo Jones some of my designs at a Nigerian party. I couldn’t believe it and I thought, ‘Goodness! My work couldn’t compare with many amazing works he might’ve seen!’  He did see my potential though, so I was fortunate.

G: This is hard, for different reasons. I like Hollywood as most of the actors know how to act (no brainier ha-ha). But I also like Nollywood because it makes me laugh sometimes for the wrong reasons. I do have to say that they are improving. There seems to be better quality new movies, better cameras, and better actors. Nollywood have really good stories but sometimes it’s stupid – I mean, ‘Blackberry Babes?’ I love traditional movies because they have such great morals at the end.

Do you have a favorite designer?

G: This is a funny question because I used to feel that I had to find someone when people would ask me that. Honestly speaking, I don’t have a favorite. I am inspired by a range of things not necessarily a particular designer, so this could be culture or art for example. I would like to create a little story in each piece.  In saying this, I do wonder whether not having a favourite designer means that I don’t actually like their piece?  *laugh out loud*

What are some of your favorite colors and fabrics to work with?

G: Red, Wine, Berry, /Yellow/Blue are my favourite colours. In terms of materials, definitely Lace, Silk and Chiffon. I would like to use velvet more often, but a times the weather can get too hot for that. Ooh, I also love adding some embellishment to my designs.

Look out for our Part 2 interview with Geriee on Friday, as we discuss Nigeria and her thoughts on the #bringbackourgirls campaign! 😉