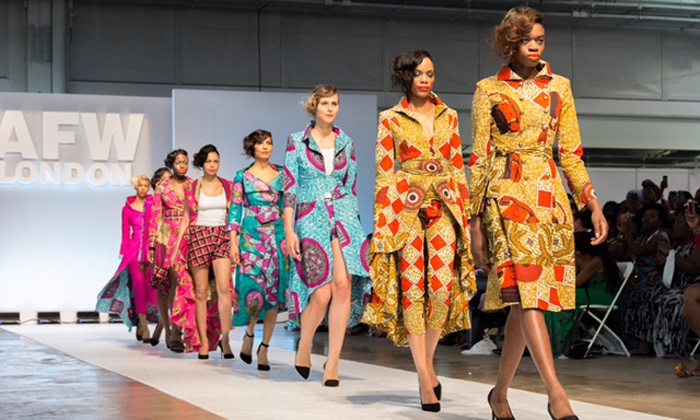 Africa Fashion Week London 2014 landed in style, setting Kensington alight with a visual feast of bright colours and bold eye catching prints. The West Hall of Olympia was transformed into an exhibition of African fashion, fused with rich culture and contemporary designs. Greeted by the base of afro house music and the underlying buzz of excitement for the next show, we were ushered in by warm friendly staff a reflection of Africa’s embracing nature. Exhibition stalls filled with different handcrafted pieces and designs were scattered at the edge of the hall, buzzing with visitors perusing and capturing the unique contemporary designs. Described as a “new era of exhibition that features and celebrates African and African inspired designers”, the stalls exhibited did much more than that; they brought Africa alive and engaged with audiences from different cultures.

The catwalk was brought to life with models of different ethnicities strutting down to the sounds of South African house music infused with a West African beat. VK Wise, one of the many designers set the runway ablaze with her printed capes and shift dresses giving a 1960’s feel, a reoccurring trend which compliments all shapes and sizes. 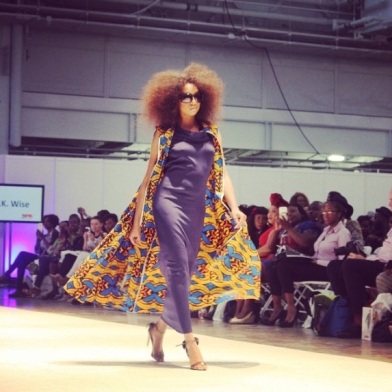 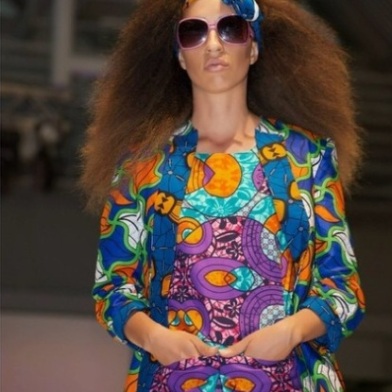 A designer which stood out was, Touch of Africa, their ready to wear pieces demonstrated how versatile and on trend African print is. 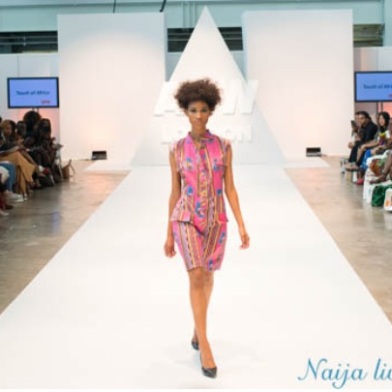 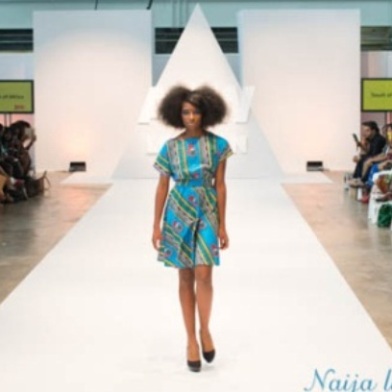 Another collection which was a huge hit all around with strong pieces that flowed with the white backdrop was the Sylvia Oweri collection. Her vibrant colour- blocked pieces were instantly wearable from catwalk to wardrobe.  The attention to detail was clearly depicted from the various cuts of jumpsuits and tailored jackets. 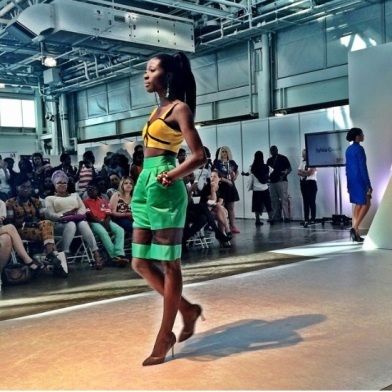 Africa Fashion Week London 2014 showcased an array of talent with designers flying in from all corners of the world using London as a pit stop to promote the growing strength of how main stream African fashion has become.  Its continuous growth and platform created for Africans and those inspired by the richness of Africa is truly remarkable for a showcase which is only in its 4th year. It has become the biggest and notably the most prestige African event of its kind in Europe.

One has to commend the vision and hard work carried out by Ronke Ademiluyi (Founder) and her team. Every year they have continuously reached new heights with each showcase of African talent garnering more and more international media coverage than ever. The change of venues each year has highlighted the growing development of this showcase, from Gibson Hall (2011), to London Spitalfields Market Hall (2012) to the Old Truman Brewery (2013). The change of location this year I would say was arguably better not only for those exhibiting but for those spectating.

Overall AFWL 2014 didn’t disappoint, in fact it raised the bar higher than before with its showcase of new talent making it a fashion event which can compete with the likes of London Fashion Week.