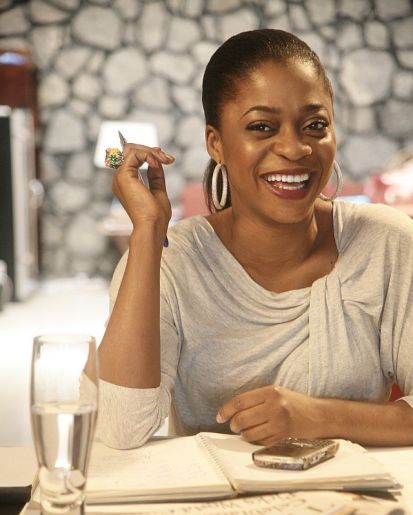 “She is empowered, she is faithful to that which is most important to her (her own personal style) she is unfettered by the notional convention of trends. She just wants to look good. She wants to wear the clothes, she doesn’t want the clothes to wear her”.

Folake’s journey to success began during her student years at university. Finding herself with plenty of free time during one particular semester break, she described how she turned to sewing as a hobby.

“I had just started Law school in Lagos, Nigeria when we were given a long 13 month holiday period. My law school was being moved from Lagos to Abuja so I had a lot of time to myself. At one point, I just thought, ‘what could I do?’  She said.

“After a while, I started making clothes for myself to ease time and to eventually take to school. I’d heard the climate in Abuja was very hot and very different from lagos, so I used the time to create some pieces for myself. Once we were allowed back into school, I did end up wearing some of the pieces and remember how everybody gasped and were like, “I want one!” Fortunately, we had another long holiday where I decided to hold a small fashion show and it’s been uphill since then.” 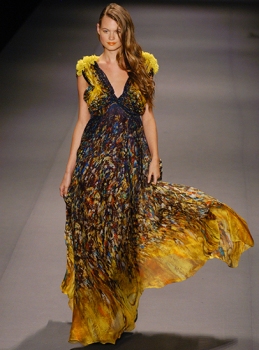 Folake launched Tiffany Amber in 1998 and while her label has been successful, she attributes her success to timing and great marketing.

“At the time the label was launched, the structure we had then in the fashion industry was very different to what we have now. I wasn’t really competing with anybody because the idea of wearing an exclusive label was young and fresh. We had marketed the brand as though we were the new kids on the block, which turned out to be successful. The audience at the time definitely appreciated us and saw the brand as a breath of fresh air.”

“Now, Nigerian fashion has a personality of its own. There are so many amazing designers in Nigeria doing such great things. If you mention a designer, someone would likely know who you were talking about. Ten years ago, that wasn’t the case. Lagos was more of a tailoring city back then as opposed to the designing city it has become.”

Asked how she describes her brand, Folake mentions that it’s all in the attitude.

“It’s an attitude that we’ve been selling all along. I find that when women come to try on the clothes the first thing they do is step on their tippy toes. So, I guess there is something about the brand that makes them feel regal. I believe we’ve maintained that regal attitude from the moment we first launched up until now.”

So far Folake has worked with editor in chief of Vogue Italia, Franca Sozzani  and has staged several fashion shows in Europe, Africa and the United States. She also has a number of notable awards under her belt: