For someone who fell into acting “accidentally”, Madina Nalwanga’s performance in Disney’s ‘Queen of Katwe’ is stunning. She is a young actress who’s introduction to our screens involved holding her own next to academy award winners and Hollywood veterans like Lupita Nyong’o and David Oyelowo. There isn’t a large body of work to refer to, she hasn’t yet amassed a long list of awards and she’s a teenager – so like regular teenagers she can be found in school, preparing for post 16 exams and doing homework. 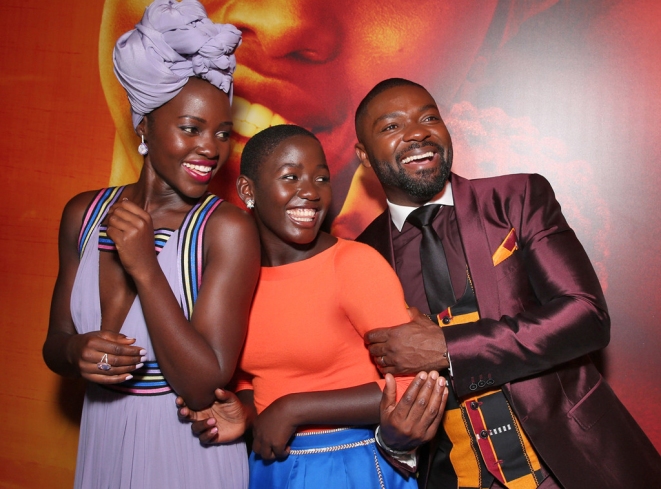 It was her debut role, playing Phiona Mutesi, a chess champion from the Katwe, Uganda. At age 9, being unable to write, Phiona dropped out of school and spent most of her time selling maize with her mother. One day she sneaked out to follow her brother to a meeting of the Sports Outreach Institute where she met Robert Katende, a Ugandan missionary who taught her how to play chess. She quickly became a prodigy and was champion in just four years. Disney executive Tendo Nagenda, came across her story and decided to tell it.

Listening to Madina, you don’t get the impression that she is overtly aware of her own accomplishments. She humbly acknowledges the influence her co – stars had on her, and her friendship with Nyong’o is evident. She taught Nyong’o how to make “Matoke” (mashed plantains) and Nyong’o in turn showed her how to rehearse, how to get into character and how to manage the emotions of being the center of attention as a movie star. In an article published on lennyletter.com, Lupita interviews Madina and she fondly remembers how she would copy Lupita’s warm up exercises, without wanting her to notice.

“I could see her getting ready to be the character and then I copied her” Nalwanga remembers. I would copy everything that she does, but in a silent way because I never wanted her to see me doing what she was doing.”

Her shyness extends to the movie tour, where being on the red carpet was a completely surreal experience,

“It wasn’t so easy for me hearing all these people calling my name. … Please do this, do that. I wasn’t used to that. I’ve never dreamt of standing on that red carpet. Actually what I knew about the red carpet — it’s just a carpet that is supposed to be inside the house. … These are all new things to my eyes”.

Even getting to this point of being on the red carpet was a journey in itself. Madina grew up selling maize in Katwe, a Ugandan slum where 50% of teenage girls are mothers. Spending her summers rehearsing and performing with the Undungu Sosolya Dance Academy at their Training center in Kabalagala, one of Kampala’s urban slum areas. Until one afternoon, producer Dinaz Stafford asked to watch their rehearsals. Within 10 minutes of watching Nalwanga one Friday afternoon, she asked to speak to her and the rest as they say is history. What followed was months of rehearsals, travelling, filming more travelling. 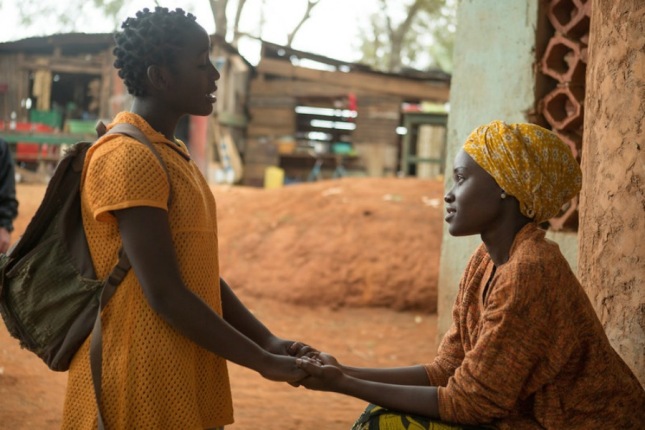 After the success of the film (it grossed $2.9 million in it’s first week), Nalwanga has remained level headed and focused. Choosing to return to school, finished her exams and continue her dancing career with the Undugu Sosolya Dance Academy. She now attends Heritage International Academy in Kampala Uganda and continues to dance – Going on a two month tour to Austria and Germany immediately after filming.

Madina Nalwanga is an African name we must, and will remember. Whether her future lies in her acting or dance career, she is one of many Africans joining the roll call of elite talents on the global stage, African actors with access to platforms where they can share African stories about African people. Now although she’s only just started her career in public life, there is no doubt that she is one to watch. As Nalwanga herself put it, “…not every big thing has to come from something big. All big things come from small things, and small people”. 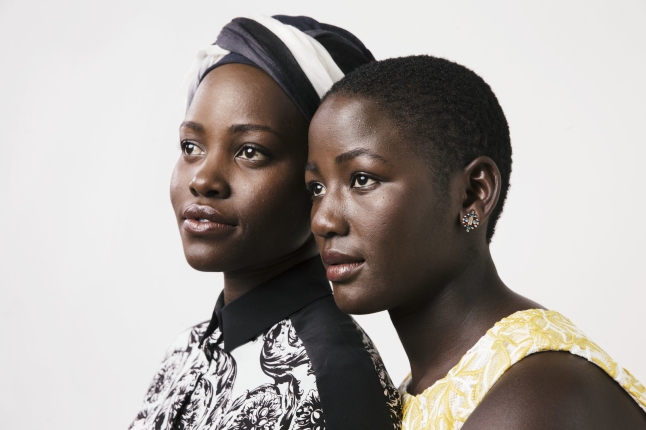