Have you by chance come across a “Don’t mess with Kansiime” skit on YouTube yet? If yes, great! You’re on it. If not – bookmark this article, open the YouTube app and search “Kansiime Anne”. It’s not a request.

For those of you who are disobedient, choosing to read on instead of following simple instructions we’ve included one of her comedy skits here, just so you can get a flavour of the woman, before you carry on.

Kansiime Kubiryaba Anne’s real talent lies in her ability to poke fun at normal, everyday situations and leave viewers in hysterics. Researching this article took longer than it should have because we spent more time just enjoying this woman’s insane comedic gift instead of working. In another “wrong number” skit, the fictional character she’s created turns a pretty common occurrence of dialing a wrong number into an argument with a stranger.

“How can you accuse me of having a wrong number? My number isn’t wrong!”

And it’s true, how can a complete stranger call you and then tell you that you’ve got the wrong number? It’s not just the quality writing, it’s the facial expressions, the body language, the genuine frustration she feels at being accused of having a wrong number. This is creative intelligence.

While still at University (2007), Kansiime happened upon Comedy when she joined Theatre Factory – a theatre group known to have played at the Uganda National Theatre in Kampala’s Central Business District. The group later rebranded as Theatre Fun and continued to put on shows that were eventually broadcast on Ugandan National TV. By 2012, Kansiime had stepped out on her own and started posting short skits on her youtube channel.

She became an instant sensation, her talent crossing borders as her youtube videos were watched across the world. She was picked up by Citizen TV in neighbouring Kenya and was consequently offered the funding and TV slot to produce, write and star in her own comedy series “Don’t Mess with Kansiime” (If you still have not watched an episode, seriously google Kansiime Anne and make yourself a cup of tea).

Create Your Own Space 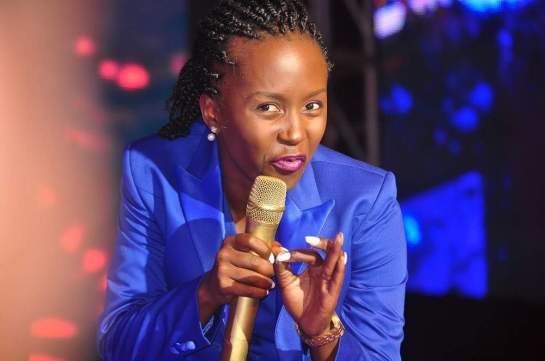 The fact that we get to enjoy Kansiime through her award winning YouTube channel and viral videos on social media speaks volumes about the space that you can create for yourself, with a little bit of tenacity and hard work. Hard work that will eventually make industry heavy weights stand up and take notice. Kansiime has won multiple awards, including the African People’s Choice Award for favourite comedian in 2015 and Comedy Youtube Sub Saharan Africa creator Award for 2016.

It Runs In The Family

For her, comedy is much more than a career, it’s a family tradition. She explains that she thought all families were funny until she left the house and met other people’s mums and slowly realised that her family was not normal. Laughter is her ‘go-to’ response to everything. As an African woman who also happens to be a comedian, she’s often criticised by traditionalists who turn their nose up at her outspoken personality. She doesn’t fit into anybody’s “what a woman should be like” frame. And we love her for it. It’s the reason we now know her as “Africa’s Queen of Comedy”. For sure, you don’t become queen of anything by fitting into anybody else’s idea of what your life should look like.

We see you Kansiime! And we’re excited for what’s to come from your life & career.: